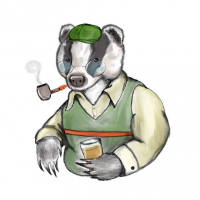 thebadgerpiper Master
August 2017 in Tobacco Talk
Hopefully this post won't overlap with the other threads about famous pipe smokers, but I think there's enough of a difference between the two to warrant a new thread. There are countless pipe smokers in books, comics, tv shows, and movies. Which fictional pipers do you enjoy, or made an impact in you taking up a pipe?

When I was a kid, I watched a ton of cartoons on TV. One of the cartoons I'd watch was Underdog, which had a variety of characters with their own segments besides the super powered dog. One of those characters was Commander McBragg. The Commander was your standard English gentleman, with a bristling mustache and a tall tale for every occasion. Commander McBragg constantly smoked a pipe, even on his wild adventures. In one story, the Commander defeated the Black Knight, and knocked the villain out at the end of their fight with a blow to the head with his pipe. 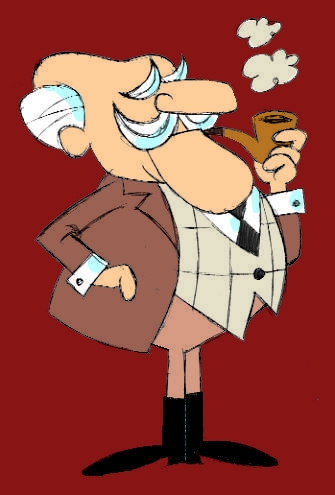 My second pick, and the reason I chose my moniker, is Mr. Badger from The Wind in the Willows. While none of the main characters smoke a pipe in the text of the story, Mr. Badger (and Ratty) is usually depicted with a pipe in his jaw, or a rack of pipes over his fireplace. In sequels written by other authors, Mr. Badger smokes a pipe. It fits his character, too, as a wizened loner who gives his friends refuge and offers them advice in their times of trouble. 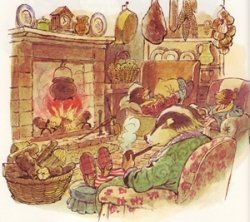 Who are some of your favorites?