Question about relighting a Pipe with leftover ash and without. 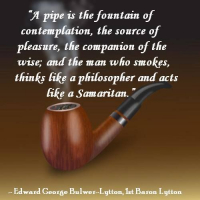 Casper Newcomer
October 2019 in Pipes & Tools
Hope I'm asking this question in the correct forum. Most of the pipes I have and smoke, have a 2" inner bowl depth, with one having a 3 inch inner depth. My question is when smoking a bowl, and the pipe going out for one reason or just letting it go out, I've tried relighting the bowl after a simple tamp, but seem to have better results if I use the poker on my pipe tool to loosen the ash then pouring it out, then relighting from that point. When I use the poker on my pipe tool, I can see and feel it going through at least half the bowl before any resistance of unburned tobacco. So I want to ask if you dump ash and then relight, or if you fight through the ash to relight it?