Top o' the evenin' to ye! (or my trip to Peterson's of Dublin)

thebadgerpiper Master
October 2019 in General
Yesterday, I returned from a ten day trip to Ireland with my wife and mother-in-law. Had a blast, though it is good to be back. I can post some pictures of the trip, but I figured I'd at least start with the stuff all of you would be interested in, Peterson's.
First, it's great to be back. I didn't realize it, but the forums mean it that this is for US residents only. During my second day in the emerald isle, I thought I'd check up on the forums. That... didn't work out so well. I tried logging in, but the site blocked me and told me I had to reside in the US to get in.
"But I'm an American!!!" I shouted at my phone. The phone didn't reply, and I could only stare at the log in screen for the rest of the trip. I actually had TPL withdrawls during the trip, but it was good to disconnect a bit. So, remember if you leave the country, you won't be able to get into TPL.
Second, while this is my third trip to Ireland, I've yet to see anyone there smoke a pipe. Sure, I've encountered pipe smokers in Petersons, but other than pictures, I never saw another soul smoke a pipe. It's disappointing, as I've seen pipe smokers in every other country I've been in, and considering Ireland is so associated with pipe smoking, it's weird.
I didn't bring any pipes with me to Ireland. Since my mother-in-law was with us, I decided I won't smoke during the trip. It wasn't a big deal, and I feel it's good to take a break here and there. However, there were definitely moments I wished I could've had a pipe while enjoying the views.
Anyhow, back to Peterson's. It was my third trip to the shop, and Peterson's never disappoints. The two employees were very friendly and helpful, but let me be until I needed them. I was able to thumb through their collection at will on my own and handle each of their pipes, looking for the right one. The selection was a little picked over, but overall there were plenty of pipes to pick from. My only disappointment for their selection was that they had no 2019 Christmas pipes, as from what I've seen, they're stunning. Had they had a few in stock, I might've gone with one, but I'm happy with the one I bought.
If I had one criticism of Peterson's, it's that their pipes aren't well labeled for price. All the pipes had little barcode slips contained in the bowl of their pipes, but only half of them actually had a price listed on them. Some sections had a general price tag on the pipe wall, but it wasn't that great of a guide. I didn't exactly feel like handing a bunch of the pipes to the employees to price check, which made things a bit inconvenient.
The previous two times I've gone to Peterson's, I was able to pick up two pipes. This time, I went with one, as their pipes went up in price from the last time I was there. However, this allowed me to focus on picking out a nicer pipe, rather than going for two cheaper ones. While two would've been nice, I'm certainly not lacking in Petersons (or pipes...).
I came down to choosing between two pipes: a Baker Street Professor pipe or a Rosslare 68. I was really tempted to go with a Baker Street pipe, as they're larger and cooler pipes, but the Professor pipe is just a bigger version of the 68. In the end, I went with the 68, because I loved the style of it compared to the Professor. I'm happy with my selection, and it's a great pipe (I'm smoking it as I type this).
Since I didn't pick up a second pipe, I ended up buying two pouches of Condor Plug, as you can't buy CP in the states. I love British tobacco, and Condor has been on my bucket list of PT to try. Looking back, I wish I had also picked up a pouch of Mick McQuaid Plug or Clan, but Condor was the big one I wanted to pick up, so I can't be too disappointed in that. Look for a review of that blend once I try it.
Now for the good stuff, the pictures: 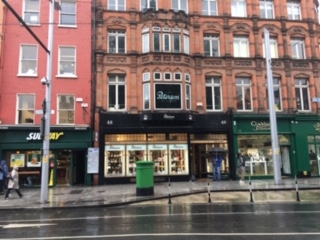 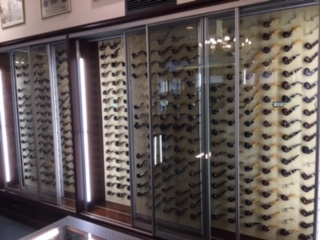 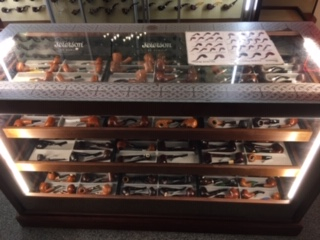 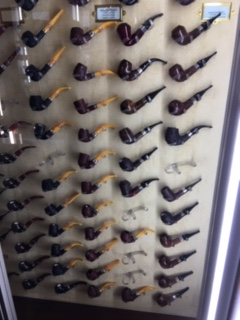 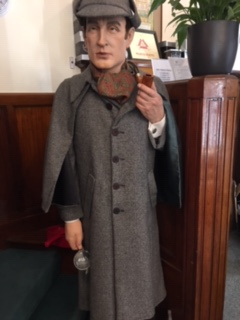 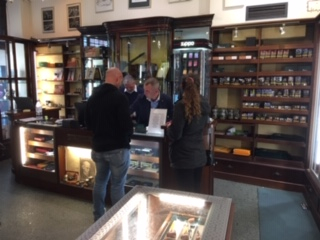