A History of McClelland 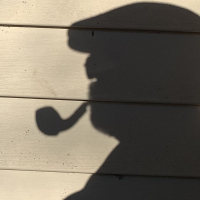 PappyJoe Master
March 2018 in Tobacco Talk
I copied this from another forum. The original poster on it had copied it from someone else.

To tell the true, full history of McClelland, I have to go back 30 years to

wanted to make it his career. He went to work for Fred Diebel, then and

We spent a great deal of time with Carl’s grandparents, Dr. and Mrs. W.C.

McClelland. The blending bar was not yet a fixture in most tobacco shops

then, so the tobaccos we would take home to the McClellands to examine

the world that could be found on the Diebel shelves.

as much as we could about grades and types. Carl developed several blends

and Carl decided it might make a really nice book so, in 1971, we took

Tobaccos which was published by Random House/Ridge Press in 1974. We

traveled throughout the Southeast going to auctions and touring factories.

We visited pipemakers too, such as Paul Fisher in his New York City

By 1977, Carl wanted to create his own factory and the opportunity

presented itself. So he and I and Carl’s best friend since age 5, Bob

Berish, Jr., established McClelland Tobacco Company in the basement of

Carl’s grandfather’s home. We named the company for Dr. McClelland, a

truly wonderful gentleman, very generous and very kind. He did not live

preparations of our debut before his death at age 87.

THE EMBLEM. Many people have asked how a land-locked company in the

heart of America came up with a whale for an emblem. Well, it was Carl’s

idea to use it for the company but it came from a story in my family. My

who was on the adventure of his life. No English, $10 in his pocket.

Scared. The trip took a long time. Three months. At one point out in

mid-ocean they saw whales, a pod of whales very near the ship. My father

thought that was the most beautiful thing he’d every seen. Totally

unexpected. Sudden. It changed his whole attitude from one of fear to one

of eager anticipation of the next wondrous and beautiful thing awaiting