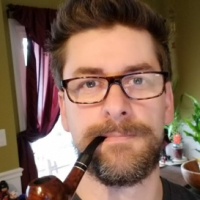 casualpiper Newcomer
June 2019 in Ask an Expert
Does anyone have an idea of when pipe manufacturers started to make use of bowl coating? I picked up what seems to be an unsmoked Bewlay Thirty pipe, but the bowl had some mold in it and the bowl appeared black. Upon cleaning, the pipe cleaners came out purple. Part of this is just curiosity, the other part is trying to estimate the age of the pipe. Thanks!
1 · Share on TwitterShare on Facebook